← more from
Serein
Get fresh music recommendations delivered to your inbox every Friday. 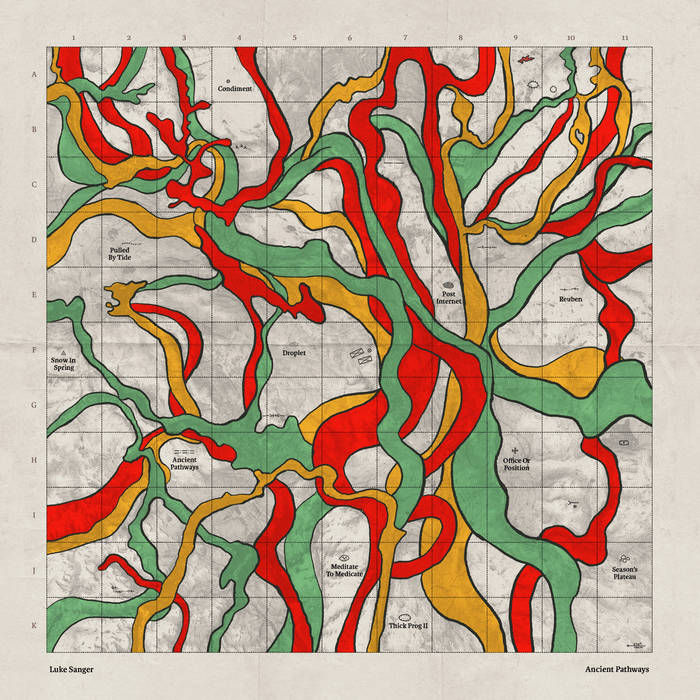 Mark Patrick Takes me to a magical place somehow. I don't by many albums but had to have this one. Favorite track: Thick Prog II.

World of Echo During the summer, I played this through my phone speaker while walking my doggos through the forest trails whilst I stared up at the sunbeams breaking through the leaves.

UK musician Luke Sanger has been writing and performing electronic music for fifteen years and counting. He has released on labels like Tigerbeat6, Don't and Sneaker Social Club. His highly acclaimed releases have enabled him to tour the world, from the Berghain to Glastonbury. Alongside his output for record labels, he has also provided audio for TV, games and advertisements for several high profile companies such as Ubisoft, HBO, ITV and MTV.

On Ancient Pathways, Luke turns to his modular synthesiser as the sole source of sound and arrangement. Whilst modular synths are renowned for their incredibly broad sound palette and for inviting experimentation, they are notoriously difficult to navigate when it comes to arrangement. Testament to Luke's skill then, that he not only coaxes delicate and intriguing tones and textures from his setup, but also manages the non-trivial task of weaving a story and structure around them.

Captured in the moment, sculpted and manipulated through reflex and muscle memory, the sounds summoned for Ancient Pathways are far from the standard fare. While no-one could deny their electronic origins, the sounds are alive with variation, impurities and tiny details. Each piece feels like a focussed and deliberate study, an exercise in coaxing and unearthing, finding those rich veins where rhythm, tone and timbre coalesce into something  especially pleasing. These forms are captured and magnified before being allowed to morph into something else, the process beginning again.

The track titles and album title itself hint at something beyond the purely electronic too. Titles like Ancient Pathways, Snow in Spring, Pulled by Tide and Droplet giving us some clues as to the inspiration behind the album. These, in turn, informed the artwork for Ancient Pathways.

Norwegian artist and designer, Ole Ødegaard, created an original piece of artwork inspired by old river maps. These show the swell and ebb of rivers as colourful swaths across topographical illustrations. Ole created an imaginary map of the Norfolk broads (an area well known to Luke) and created his own river map over the top using bright bands of interweaving colours, not dissimilar to the tangled web created by patch cords on a modular synth.

Bandcamp Daily  your guide to the world of Bandcamp